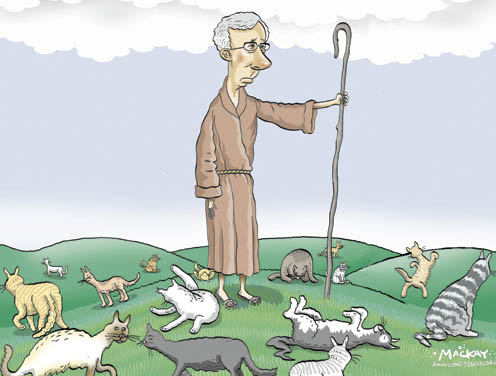 Thoughts? I've had [more than] a few

Yup, three (very different) presentations in as many months. All a resounding success!

But I'm tired. Really tired. And as I'd noted some time ago, the struggles and projects live on. The list is marginally smaller now vs. then, but there's still a good mix of all sorts of random bits. At least it's a variety!

I've been serving on a local community theatre board for a number of years now (four, to be exact). We've gone through some substantial changes, and my involvement is something of which I'm quite proud. I have never aimed to be the "super volunteer," but have rather chosen deliberately where in the organization to focus my efforts and skills. Among several other things, this has resulted in the adoption of a new ticketing and online marketing system. We're now able to manage our entire box office operation in an electronic manner, which is fundamentally different than just two years ago. It's come with some challenges and has at times definitely been a steep learning curve for us, but the system better allows us to engage with our patrons and better manage the business end of the ticket operation. We've not reached the true nirvana with the system, but I expect our second year with it will get us much closer.

Through a strange twist of fate, and by way of the rules of succession, I wound up quite unexpectedly serving as its board president. So I've been adjusting (quickly) to the role and observing and addressing all of the nuances that come with it. We have a few struggles ahead, but we'll get through them and provide some awesome arts-related opportunities to the region at the same time!

So I have lots and lots of thoughts and ideas, and at times the last few weeks it's been a bit like herding cats. But it's still an exciting time, and I'm looking forward to the challenges, much as they can be exhausting.