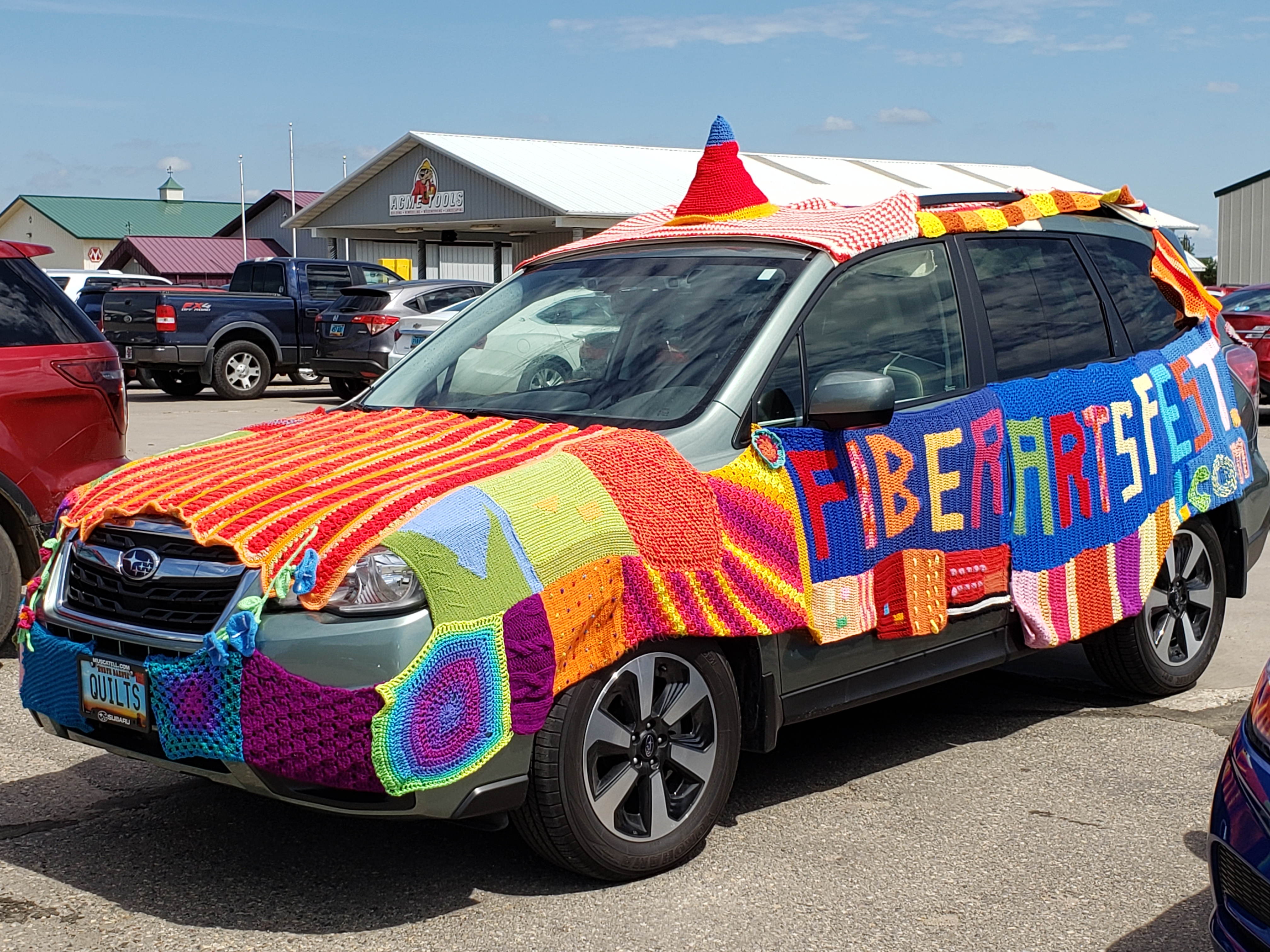 On Saturday, we made the short trip to [West] Fargo, ND for the Fiber Arts Festival, something we'd not previously visited before. For a small-sized gathering, at first sight I certainly didn't expect to spend half the day at the venue. But it's a good little fest, and we well might go again in the future. Saw lots of folks spinning fiber into yarns, working with said product, and using some neat little machines to do it all.

We took a bit of a break in the early afternoon to watch the sheep dog demonstration in the adjacent building, which was certainly fun. Those purebred border collies (direct from Wales, no less) were a lot of fun to watch...especially when one of them kept trying to 'sneak' away to get back to the sheep herding action. Such dedication and agility.

The girls took part in several hands-on activity demonstrations and had a good time, too.

One of the first sights upon arriving, though, was the car in the headline photo. Nothing says 'we're super serious about this stuff' than a quilted Subaru. The hat's a nice touch, too. So I grabbed a photo, because this is the sort of stuff you can't make up.

And that's how we spent our Saturday. Hanging out with a bunch of fiber artists in greater Fargo. It's been several years since we were last in Fargo; perhaps we need to take more day trips to our neighbor state...