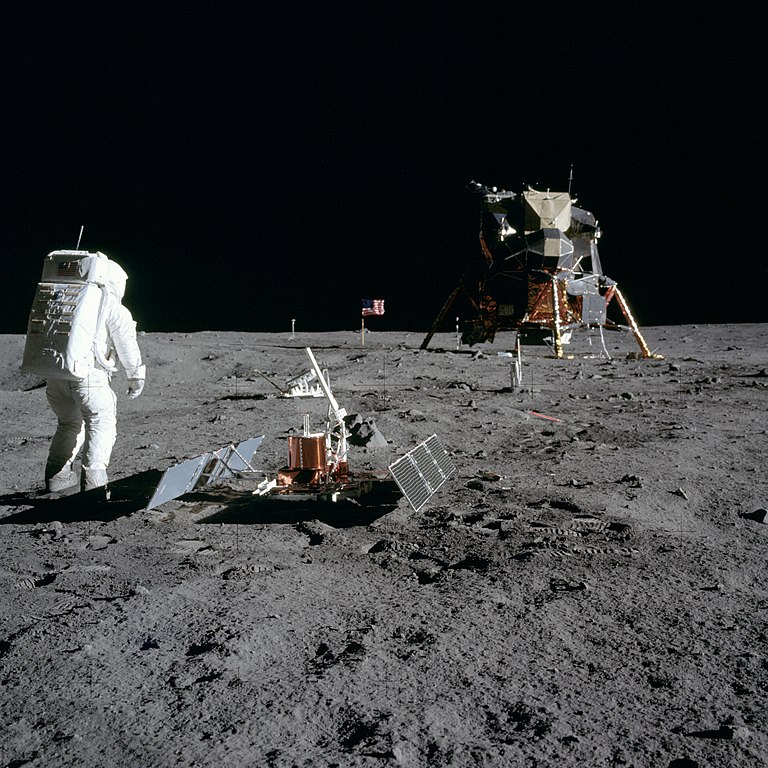 We spent the weekend away from home taking in a production of Guys and Dolls at the Guthrie Theater in Minneapolis, along with a visit to the Science Museum of Minnesota in St. Paul.

While the production at the Guthrie was amazing (Kirsten Wyatt as Miss Adelaide, among others, was outstanding!), I'm not focusing on that component of our trip. By complete (but awesome) coincidence, we happened to visit the Science Museum on the weekend of the 50th anniversary of the Apollo 11 moon landing. While the Science Museum is always a great time, it was especially awesome because the feature film in the Omnitheater was related to the moon landing. There was a lot of cool footage remade in an IMAX format. Both of the girls thought the movie was super awesome!

I find it fascinating how we managed to make it to the moon: all of the incredible inventions, advances, and extreme deadlines of making such a journey possible in space. Let's also not forget the mighty Saturn V rocket, too. All the folks (men and the forgotten women) who managed to engineer such a trip (many of which exclusively used slide rules and paper). Simply incredible.